Camino Inglés from A Coruña

This 73.7 -kilometre route, known as the Camiño do Faro (The Lighthouse Way), separates the cities of A Coruña and Santiago de Compostela. It can be done in three or four stages.

Scroll
Camino Inglés from A Coruña

Since medieval times, the ‘City of Glass’ (A Coruña) has been the main port of arrival for pilgrims and sailors from the north who, in the wake of the discovery of the Apostle's tomb, were eager to reach Santiago de Compostela and after docking on the Galician coast.

The city had already been a welcome port for sailors since Roman times, guided by its well-known lighthouse: the Tower of Hercules, which is why the Camino Inglés from A Coruña is known as Camiño Inglés desde A Coruña (The Lighthouse Way).

The peak of its splendour came in the 15th century when the ships loaded with merchandise arrived at the port with teeming with pilgrims. These travellers continued on to Compostela while the crew unloaded and loaded the new merchandise for the northern lands. The port records, with the permits for these stowages, act as notaries of this occurrence and the notoriety of the importance of the Camino Inglés at this time, and with greater activity during the Jacobean periods.

The different stages from A Coruña

The 73.7 kilometres that separate the city of A Coruña and Santiago de Compostela can be done in several Caminos. Generally, it is done in three or four stages with stops at the end of each stage in Sergude, Bruma, Sigüeiro and Santiago. Although the more adventurous pilgrims make the first stage all the Camino from A Coruña directly to Bruma (33 km).

Camino Inglés from A Coruña 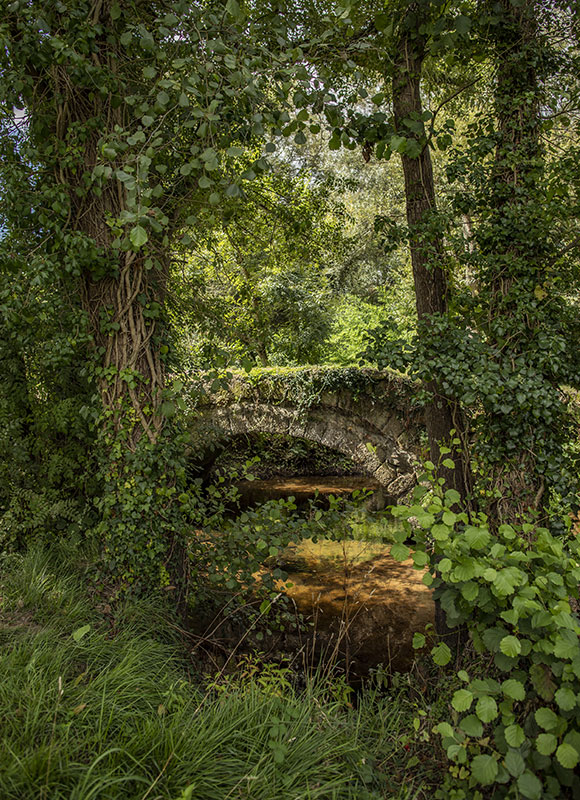 Starting from the ‘City of Hercules’, this first stage takes an urban path for part of the 20 km that make up the route.

Forests and medieval buildings make up the landscape of this stage with a mostly descending route along over 24.2 km.

The 16.5 km of the last stage of the Camino offers incredible natural spaces that cross the Tambre and the Enchanted Forest.